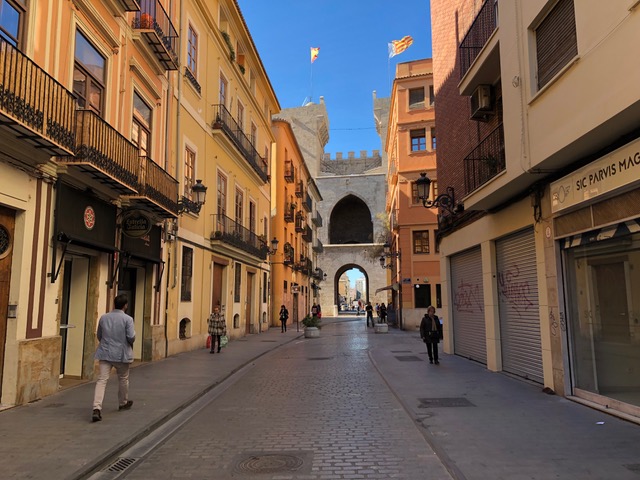 If you are looking for architectural beauty, sunny skies, great food, enticing alleyways, and a thriving ancient old town, then look no further than Valencia, Spain.

Opened in 1917, this is the decadent art nouveau building that houses the main train station of Valencia. The North Station (Spanish: Estación del Norte, Valencian)

The Silk Market is a central monument of this fair city and a Gothic masterpiece. It was the craft and market center for different tradesmen and merchants in medieval times. It was declared a World Heritage Site by UNESCO in 1996.

The Mercado Central or Central Market is one of the oldest existing markets in Europe and not to be missed when you visit Valencia. It covers more than 8000 square meters. The original market in this location was built here in 1893. Construction on the present version that you see today began in 1914 and wasn’t completed until 1928. It is a great place for lunch, drinks, souvenirs, and well….groceries.

Torres de Serranos (Ancient Town Gate). Today, the medieval walls have disappeared, but two gates remain: the Torres de Serranos to the north, and the Torres de Quart to the west. I am hard pressed to visit any European city and not visit their ancient gates that once either barred or invited a person’s way into the city. It is absolutely one of my favorite things. That’s one of the cons of living in a country whose structures are a mere 200 years old. Very little cobblestone and no ancient gates to marvel at. Sigh.

Cathedral (Seu) Valencia (Catedral de Santa María) is usually referred to as La Seu. It was built in the 13th and 14th centuries.

Valencia the city was founded by the Romans as a Roman colony (surprise surprise) in 138 BC. About 600 years later they were conquered by the Moors and came under Muslim control. The Moors were largely credited with new and better irrigation systems, public works, language, recipes and art. All of which can be seen and heard and tasted still today. The Moors were expelled by King James 1 in 1238. Valencia experienced a “Golden Era” in the 14 and 1500’s with lots of maritime and agriculture advancement that spurred on the construction of many of the buildings and structures you see there today. An age of modernism prevailed in the early 20th century inspired by the architectural style of Antoni Gaudí, an architect from Catalonia, Spain. If you ever visit Barcelona, Gaudi’s personal work can be toured for days. ANYway, Valencia is today the 3rd largest city in Spain, a port city on Spain’s beautiful southeast coast and well worth a visit. It is a very quick high speed train ride from either Barcelona or Madrid. We visited Barcelona for 3 days the first time here and then took the train down the coast to Valencia. This makes access to Valencia easy because major American airliners fly in and out of both Madrid and Barcelona every day. Furthermore, Valencia’s airport (Airport Code: VLC) is a formidable airport that accommodates most of the major European airline carriers as well. Easy and inexpensive flights can be found between VLC and other major European cities. Enjoy your stay in this iconic place! 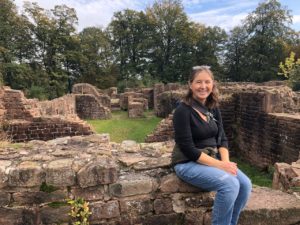